Holy Cross commits 0.7% of its income to organizations that work abroad to realize the Millennium Development Goals adopted by the United Nations and endorsed by the Episcopal Church.

Bishop Arthur Walmsley, a member of Holy Cross, recently spoke about the connection between the Gospel and the MDG’s.

Excerpts from an address at Trinity Church, Concord, MA, on February 22, 2009. 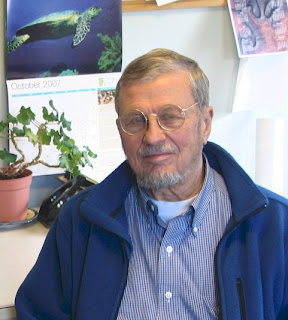 The vision of the Millennium Development Goals is not new. For people who draw their faith from the Bible, it is as old as scripture. There is a Biblical mandate to serve God’s mission … and scripture offers us an understanding of the global crisis which has the potential to move us beyond the paralysis of the present to an affirmation and a way of being grounded in hope.

The doorway to this understanding starts with Jesus. And as with him, it is important to begin where he began, with scripture. For him, that was of course the Hebrew scripture. Beginning more than a thousand years before his birth, a number of texts became definitive for Jews, notably the first five books of the Bible, the Pentateuch, which sought to establish the Torah, the Law. Then came the accounts, more or less historical, of the judges and kings of Israel. Beginning in the 7th century, the pronouncements of the various prophets were added to the generally accepted canon of readings. In addition are books which reflect spiritual struggle, like the Books of Psalms and other so-called wisdom literature.

For Israel, the defining event of its history was the Babylonian exile, a time of unrestrained grief and dislocation, of exile and persecution, which yet gave rise to the vision of an order of fulfillment, of community, and accountability. Isaiah declares the generosity of God as an encounter of a living God and a living people, in which all are invited to enjoy the rich abundance God had fashioned out of the preexisting void:

I am creating new heavens and a new earth; the past will not longer be remembered nor will it ever come to mind. . . The wolf and the lamb will feed together and the lion will eat straw like an ox. . .Neither hurt nor harm will be done in all my human mountain. (Isa. 65)

In short the Old Testament God yearns for the fulfillment of human community.

It is in this reality that Jesus begins his preaching, which he does powerfully and with no mincing of words. All four Gospels move quickly as they begin their accounts of the adult Jesus. His first sermon at Nazareth, right after his baptism in the Jordan River, is from another text from Isaiah (Isa 61):

The Spirit of the Lord God has taken control of me! The Lord has anointed me, and sent me to announce good news to the poor, to proclaim release for prisoners and recovery of sight for the blind; to let the oppressed go free, to proclaim the year of the Lord’s favor.

Jesus then rolls up the scroll, gives it back to the attendant, sits down. All eyes in the synagogue are fixed on him.

Today in your hearing this text has come true.

Initially, they marvel at how words of grace should fall from his lips. But not for long. He challenges their faith, and they turn on him, drive him out of town. And then the split begins, between those who come to see him as uniquely living out the promises of God and those who see someone undermining traditional Jewish values or stirring up the Roman authorities. Even his own mother and brothers come to him, questioning his sanity or at least his judgment. It then begins slowly to emerge among the growing band of his followers, that in him God has taken a decisive step in respect to the world. God has entered the world in our flesh, confronting in person the human sense of alienation and exile – Father, take this cup from me, he pleads, and from the Cross, My God, why have you forsaken me? Yet he takes there responsibility to bring about the healing and restitution for which the world longs. Father, forgive them, for they know not what they do. It is finished. Into your hands I commit myself.

The reality of Jesus’ life, death and resurrection is not a departure from the mission of reconciliation, justice, and peace entrusted to Israel. Jesus did not come to break down the Law but rather to fulfill it. In the text with which he began his preaching, in the extraordinary ways he reaches out to outcasts, the sick, the poor, those on the edges of society, he demonstrates solidarity with them. His is a living demonstration of God’s transforming power to bring together those who are separated, what some Liberation theologians in Latin America call God’s “preferential option for the poor.”

We need to see, then, that the Old Testament vision is one of restoration and renewal, lived out in hope, as God’s mission to restore the creation through a public process that curbs the raw exercise of power. It is yet unfulfilled, the not-yet-future to be sealed by the sending of Messiah, the anointed one, who will be God’s sign of the deliverance from exile and alienation. Where Christians differ from their ancestors and partners in faith is that Jesus is the Christos, the anointed one:

For God so loved the world that he gave his only Son, that whoever believes in him should not perish but have eternal life. God sent the Son into the world not to condemn the world, but that the world might be saved through him. (John 3:16-17)

When Jews are truest to their tradition, and we to ours, the promise of faith is not only that our personal lives are to be transformed by encounter with the living God, but that we are swept up into God’s mission for the creation, called to be bearers of the vision of a restored, reconciled world of shalom, peace as it is understood in scripture and in theological teaching through the centuries as the presence of justice and right order, not simply the absence of war and violence.

My friend, the late Bill Coffin puts it very well in a collection of his writings, titled Credo.

Credo – I believe – best translates “I have given my heart to,” he begins. “However imperfectly, I have given my heart to the teaching and example of Christ. . . .To learn from one another and to work together towards common goals of justice and peace – this surely is what suffering humanity has every right to expect of believers of all faiths.

No sermon on love can fail to mention love’s most difficult problem in our time – how to find effective ways to alleviate the massive suffering of humanity at home and abroad. What we need to realize is that to love effectively we must act collectively, and that in collective action personal relationships cannot ignore power relations. Until Christians learn this truth of a technological, complex world, we shall be in this world as lap dogs trying to keep up with the wolf pack.

Rowan Williams, the Archbishop of Canterbury, describes the effect of Jesus’ self-emptying as creating
a pathway or an open door between earth and heaven that no turn of events in the world can ever again close. A place has been cleared where the act of God and human reality are allowed to belong together without rivalry or fear: the place where Jesus is. It is a place where human beings have only to be open to what is offered and where God demands nothing and imposes nothing but simply abides in unceasing love, a love that can only be imagined in the human world and human language in terms of vulnerability. It is thus a place where human competition means nothing; a place where the desperate anxiety to please God means nothing; a place where the admission of failure is not the end but the beginning; a place from which no one is excluded in advance.
Which shall it be? People immobilized by fear, or people empowered by hope who dare to join together for the welfare of the globe, which is, after all, our own welfare writ large. Halfway through the last century, when the world was staggering through the Great Depression and later a devastating world war, a President foresaw the possibilities of both peace and justice, drawing on his faith as an Episcopalian. From it, Franklin Roosevelt had the political courage to conceive of the Four Freedoms, to support the creation of the United Nations, the World Bank and the International Monetary Fund, to challenge the Congress to develop Social Security and other examples of a national social net. Our times are different but the challenges are remarkably similar. The eight areas of the Millennium Development Goals offer a means to understand global issues, and support and deploy resources to address them. That agenda must begin at the grass roots, the local level.

My wife Roberta and I belong to a small congregation in New Hampshire. Holy Cross Church in Weare has a part-time Vicar and a budget of $90,000 a year. Two years ago, after several months studying the MDGs, the Vestry voted the 0.7 % asking, something over $600, and divided it between a micro-enterprise in Cameroon which makes loans to women, one objective of which is to provide the income to send daughters to school, the other a contribution to support a library and computer resources to a facility for young people in a township outside Capetown, South Africa. Both programs were started by lay persons from the Diocese. A small effort, perhaps, but one which has transformed the way our congregation thinks and prays about its part in God’s mission for the world.

That’s a good place to begin.

The Rt. Rev. Arthur Walmsley is a founding member of Episcopalians for Global Reconciliation. This post is part of longer remarks he made for the beginning of a Lenten series at Trinity Church, Concord, MA

Worship at 10 am – call for information